NICE launched a review of its guidance on the treatment of Abdominal Aortic Aneurysms (AAA) in 2017. Ruptured AAAs are known to kill around 5,000 people every year in the UK. To prevent an aneurysm rupturing, the existing guidance had stated that a treatment option known as EVAR should be available to all patients. 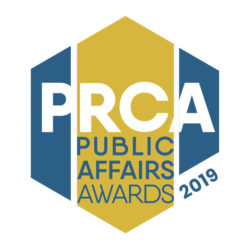 Thousands of patients have previously been given the option to either have major open surgery, or EVAR. However, the draft guidance produced by NICE would have removed this choice and prevented most patients from having EVAR.

The Vascular and Venous APPG, run by Healthcomms Consulting, coordinated a campaign to consolidate the support of patient groups, clinicians, charities and industry to highlight the potential negative impact of this change. The group also developed political support from MPs and Lords who engaged with Ministers and officials from NICE.

NICE finally agreed to review their initial guidance and move away from a change that would see thousands of people potentially receiving poorer treatment. This campaign was awarded campaign of the year at the 2019 PRCA Awards.